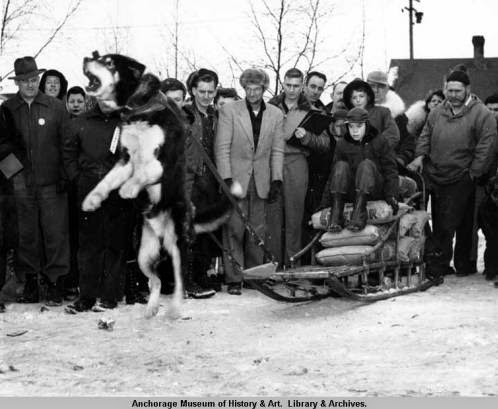 For the past year and a half this blog has featured news, announcements, columns, and general items of interest to the Alaska historical community.

All that will continue...at the newly redesigned Alaska Historical Society website:

Please bookmark the above site and check for new blog updates there. The new site also combines two other blogs maintained by AHS: Alaska's Historic Canneries and AHS News. We've put all three blogs together at one site for your convenience.

Thank you for your support of the Alaska Historical Society! 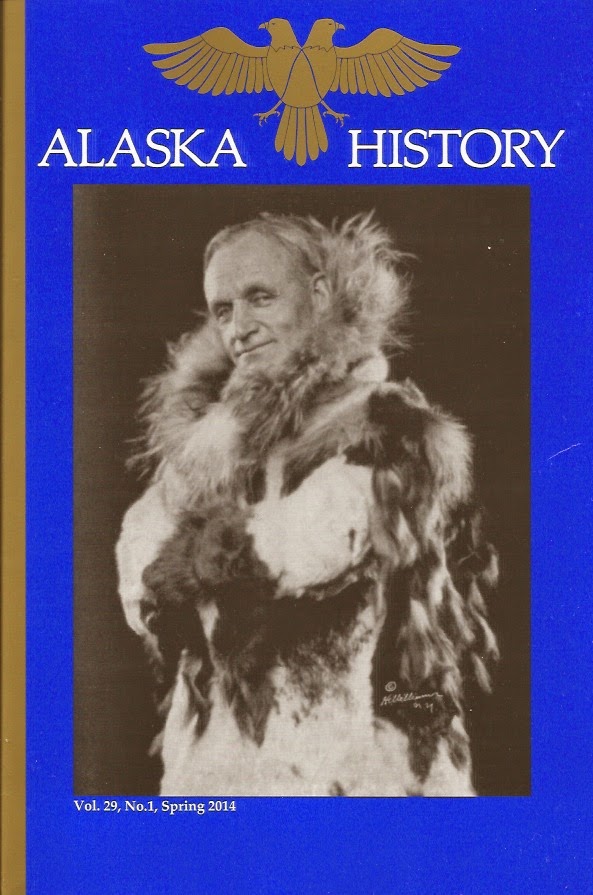 The Spring 2014 issue of Alaska History is now available! AHS members should have received their copy in the mail and by now have thoroughly enjoyed the articles and reviews!

“A Journey from Unalaska to Kodiak with Alphonse Louis Pinart” by Richard L. Bland

The issue also features book reviews and Alaskana (a compilation of recently published titles). Non-members can receive this issue by joining AHS here or purchasing this single issue here. As always, article submissions for future issues of the journal are welcome; more information here.
Posted by Ross Coen at 12:40 PM No comments:

Looking Back: The 1900 Nome Gold Rush

In an attempt to reincarnate the spirit of the 1900 Nome Gold Rush, the Carrie M. McLain Memorial Museum presents “The 1900 Diary of Wilfred A. McDaniel.” Excerpts from Wilfred’s October 1900 passages will appear on this blog throughout the month of July.

Wilfred McDaniel was 25 years old when he first landed at Nome in June 1900 in the midst of the largest gold rush in Alaska. Wilfred was a gifted photographer, writer, artist, poet, and amateur dentist. During the eight years he lived in Nome he lugged his 20-pound Kodak camera from town to beach claim through rugged creeks and mosquito infested tundra, during powerful Bering Sea storms and furious blizzards. All the while he wrote descriptive letters to his parents in California and maintained a diary covering almost every day he lived on the coast west of Nome.

The result of this determined perseverance is the documentation of the lives of successful beach miners in the Nome gold rush era as well as an insight into the Eskimo people who lived at the Penny, Cripple, and Sinuk Rivers at that time. Wilfred died at the age of 80 in 1954, yet his thoughts, memories, and love of Nome are forever preserved in the “McDaniel Family Collection” now owned and on exhibit at Nome’s Carrie M. McLain Memorial Museum.
This diary was painstakingly transcribed and proofed by museum staff from the original three-by-five inch journal book kept in Wilfred’s pocket throughout the summer of 1900. The spelling errors are all his!

In 1898, the Three Lucky Swedes discovered gold at Anvil Creek. Over the next winter, miners left the Canadian Klondike and streamed into this area mushing dog teams, walking, and even riding bikes down the frozen Yukon River to the Bering Sea. By the summer of 1899, all the creeks had been staked. In late July 1899, when we were called Anvil City, there were hundreds of frustrated miners with no ground to dig. As luck would have it, as the story goes, one of the soldiers who was here to help keep the peace, ran his hand through the beach sands and found GOLD! There was gold on the beach!

In the last few weeks of June 1900, Wilfred and his brother Ed made some good money building and selling boats for other miners. However, the boys were here to seek their fortune in gold. They did some rocking but were not satisfied. On June 30, 1900, they pulled up their camp at Nome. They “rowed and towed” their boat about eight miles west of Nome. Their timing was perfect. Smallpox had arrived in Nome on one of the ships…
July 1st, 1900
We heard that the officials are going to quarantine the town, as there are 28 cases of smallpox. We got out in a hurry so as to be out of it. We had a very hard trip up the coast. We were nearly famished and went ashore and got some lunch from the Millards. Got our camp made in good shape. Expect the freight very soon.

July 2nd, 1900
Today is the warmest day we have had. I think it’s about 90° in the shade. We are resting today after our hard work yesterday. Wrote a letter home today. The steamer John Riely came up about 10PM. We went out in our boat and took soundings for her. We staid on board till 1:30A.M. The tide was out and she could not land.
July 3rd, 1900
Steamer landed at 7:00A.M. She is now unloading freight. We worked very hard all day at stevedoring on the John Riely. Got most of our provisions and some of our machinery to camp. Got our stove set up and had a fine supper. Had scrambled eggs, ham, gravy, dried applesauce, hot biscuits and coffee. Went to bed at 10:30. Ed went off on the Riely to the Schooner Vine.

July 4th, 1900
Was awakened by the whistle of the old Riely at 5A.M. Went around to her and I am now on board her looking after our freight. This don’t seem much like the Fourth as we see it in the States. Ed and Rouse returned from the Vine at 6A.M. Had a big row with the freight men. Our freight is badly mixed and some missing. One barrel of pork 185 lbs is missing. I expect it was eaten on the Vine, as they ran short of grub. We brought our engine cylinders and generator up today. Had a hard job getting the parts loaded. Landed the load safely and got them up on the beach. Spent a rather quiet 4th of July. Heard some shooting of giant powder downtown. Quite a number of tents are decorated with flags.

July 5th, 1900
The sea is rolling up in great style this morning. We cannot use our boat. We carried our pipe to our claim today. We have to carry our stuff about ½ mile. We put the fly wheels on the shaft and rolled them along the beach. We are quite tired tonight. We have nothing to bring now except the bedplate and 12 barrels of oil. Got some fine prospect today on our claim, 10¢ to the pan.

July 6th, 1900
We are going to town this morning. Mr. Tenny said he would go with us, but he has not put in an appearance yet. The sea is not quite so rough this morning. A cold land breeze is blowing. Got to Nome City about 11A.M. after two hours walk. Could not find a stick of our lumber after walking the town over. We gave up looking for it and started for camp. When we met a fellow who told us where the Vine discharged. After a long hunt we found it. Several pieces are missing. Found our syrup but could not locate the pork. Hired two men with team to haul it to the claim. Paid them 15 dollars for hauling the lumber and 5 dollars for hauling the engine base down from Phillips. Also paid 3 dollars toll to get across the bridge over Snake River. The sea is getting rougher. A gasoline launch was driven ashore and sunk last night. Several small boats were stove in also. A man killed himself yesterday. I weighed today and have gained 17 pounds since leaving Dutch Harbor.

July 7th, 1900
Went to work on the engine this morning. Got the foundation in by noon. Set the engine in the afternoon. The weather is very cold and windy. The sun has not shone for several days.
Posted by Ross Coen at 3:08 PM 4 comments: